Nature stands below, holding the Staff. Fate floats above holding it. The Gods of light and darkness chase each other around the table. The Gods are stars and constellations in the sky, but there are no constellations in winter. It is theorized there once were winter gods, but Voraci and Malkis slew them while the other gods had their backs turned. The winter sky is now the void. h2. Greater Gods 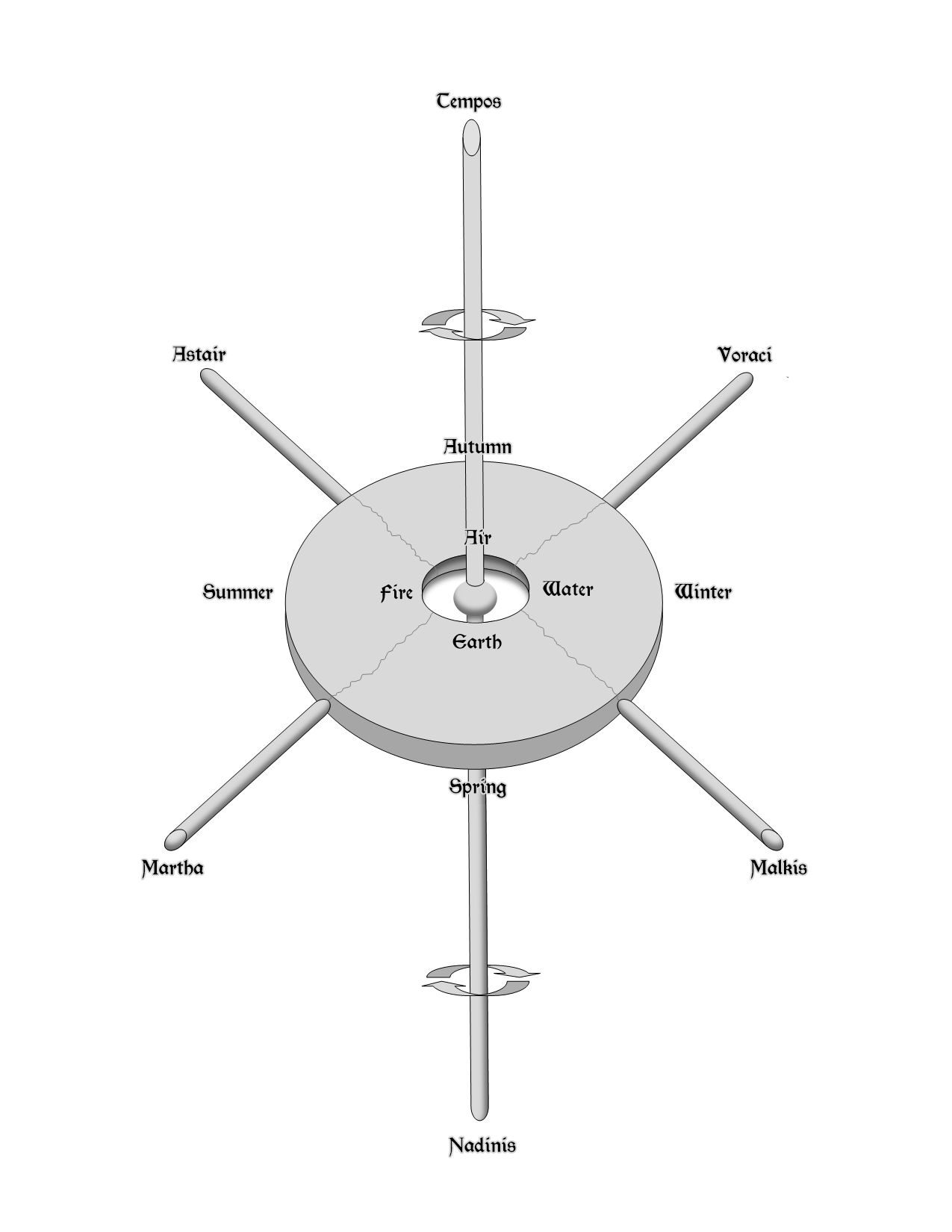 Back Symbol for the fire elemental is a glass teardrop with a fire burning in it.

Ascendant campaigns can view previous versions of their pages, see what has changed (and who did it), and even restore old versions. It's like having a rewind button for your campaign.

We've already been saving your edits, so if you upgrade now you will have instant access to your previous versions. Plus, you have our no risk refund guarantee , so there's nothing to lose.

I'm sorry, but we no longer support this web browser. Please upgrade your browser or install Chrome or Firefox to enjoy the full functionality of this site.